Climate Crisis: In A Shock To Nobody, Coca-Cola Slammed For Greenwashing Its Packaging Process Anybody who has undertaken a beach clean-up or seen pictures of the seas filled with plastic waste can tell you that Coca-Cola product packaging is ever present in areas where they are likely to break down into microplastics and pollute our water, soil and food chains for thousands of years to come.

Now a report by the Changing Markets Foundation has slammed the company, along with many others, for greenwashing its packaging in a bid to persuade consumers that progress is being made in addressing is critical problem.

Coca-Cola claims its new bottles are made using 25% marine plastics recovered from beaches in Spain and Portugal and from the Mediterranean Sea. At the same time failing to acknowledge its responsibility in creating the mess in the first place.

The report doesn't just focus on Coca-Cola though, and finds other appalling examples of companies who have taken greenwashing to a new level. Spanish supermarket Mercadona and UK supermarket Sainsbury's took the opportunity to play the green card with plastic throwaway products.

In response to the ban on single use plastics, Mercadona rebranded their plastic forks as 'reusable', slapped green packaging and branding around them and continue to sell them. Sainsbury's, meanwhile, labels plastic glasses as biodegradable and calls them Eco, yet they are made from recycled PET which is not biodegradable. Full marks for

Reducing plastic waste means rejecting products in plastic packaging, or where that isn't currently feasible because there are no alternative options, choosing the least wasteful option and petitioning manufacturers to do more.

If that means buying sugary drinks in cans and paying a little more than bottles, realise that the wide recycling of aluminium cans is a benefit worth paying for. Ditch fruit and vegetables which have been packaged in plastic bags and buy loose, using re-usable cloth or paper bags to carry your produce home. 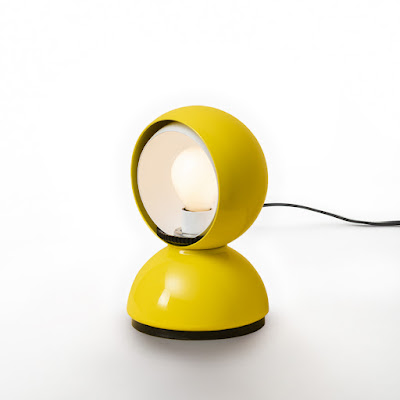 Post-war Italian architect Vico Magistretti switched to urban design in the 1950s and created the Eclisse, (Italian for eclipse, which describes the mechanism of the mechanical dimmer) for the Italian lighting company Artemide in 1967. The Eclisse lamp is a combination of round shapes, simple surfaces and brightly coloured lacquered metal which gives it a feel of the era which it helped usher in.  Operationally, the intelligence  is in the way the lamp allows precise, mechanical control of the illumination. By turning the inner globe to expose more or less of its cut away side the amount of light could go from full glare bare bulb to subtle background lighting. With the inner globe completely closed the lighting appears around the edges, like the corona around the moon’s shadow in a full solar eclipse. The Eclisse was awarded a Compasso d'Oro design award in 1967. It’s shape and styling was hugely influential on product design of the late sixties and early seventies. Unlike many 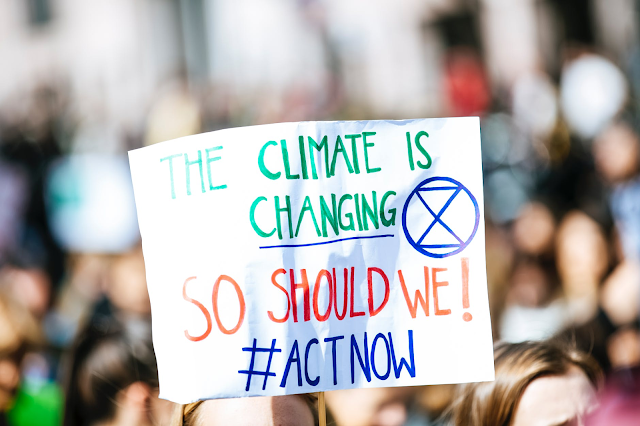 Climate Crisis: Government Is Ineffective On Climate Change, So What Now

The Climate Action Tracker website says that the climate change policies and commitments in place today around the world today will not deliver net zero targets by 2050. Since the Paris Agreement was reached in 2015 nearly every country whose carbon emissions need drastic reductions have failed to meet targets they set themselves. Indications are that the planet is on track to see an overall increase in average temperatures by 2.7ºC by 2100 - if targets currently in place are achieved that will fall to 2.4ºC, if they are missed warming will top 3ºC - and no one really knows by how much. Governments have been less than successful on climate change because they are juggling competing demands in the short-term - the economy, pandemic response, housing, etc. Which means that something with an impact long after they are gone often gets pushed to the end of the priority line. Even though everyone knows it is the biggest problem face the world today. Which means once again that we have to loo 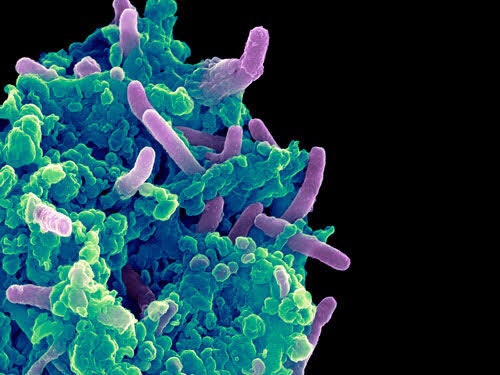 Antibiotic Resistance Threatens To Drag Healthcare Back To The Victorian Era

Superbugs and the threat they pose to our healthcare systems have somewhat dropped off the radar following the events of the last few years, but given the number and variety of bacteria now achieving pan-drug resistance, it’s probably worth another discussion. We have recently learned of a number of diseases which are effectively incurable with modern medicines. STDs, Tuberculosis, e.coli, the list is longer than anyone would like. These previously easily treatable infections are once more fatal.  The antibiotics which made their treatment straightforward have become ineffective because of the way they have been misused, over prescribed and incorrectly administered. The use of antibiotics in farming has been alarming. In agriculture they are used to increase crop productivity and in livestock to accelerate growth. Their misuse in healthcare is almost as bad - historically doctors have been able to hand out antibiotics almost at will (no doubt partially as a result of the way drug compa